The right way to eat cashew nut you need to know

I impress the best in the idioms: An ox is taken by the horns, and a man by the tongue.

This idioms means talking careless cause trouble, besides that, it also literally means disease cause from mouth. And diseases are created with our diet. 3600 years ago, a Greek doctor said: although people consume too much, only 1/4 of their food for their health, 3/4 of the rest for feeding doctors. Eating too much isn’t good for health, despite what kind of food. The best for health is a balanced diet how to follow philosophy of yin and yang.

We can have an example with eating cashew nut.

I’m a cashew nut producer, every year there are a thousand customers ask me the right way to eat cashew nut and how to eat enough cashew nut. I NEVER suggest them eating too much better, which is cheat and inhuman suggestion. With me, cashew nut is a nutrition nut, so we should eat with balanced content:

With children under 2 years old:

With children under 2 years old, parents don’t let them eat cashew nut themselves, because of choke on a nut, so mothers should make soup or milk from cashew nut for children of this age (the way for making cashew nut milk here) I only spin cashew nut to make milk or mix on some dishes for feed my child 1 time per day or 3 times per week. 10 – 15 nuts for one time are enough. Cashew nut is rich of nutrition, so a little milk is enough nutrition, which not only provides nutrition for your children but also prevents children’s anorexic status.

Children over 2 years are very active, and you should observant children when they are eating cashew nut, better you should split in half to avoid choke on a nut. Children over 2 years can eat whole nut unnecessary spinning. With this age, their tastes are variety and we have variety choices of cashew nut for them. You can choose salt roasted cashew nut whole skin for them to pare skin themselves, why I introduce this product, because children like paring skin themselves as play a game with their carefulness and passion. (Now my company has salt roasted cashew nut with light flavor is suitable for children. So that you don’t worry about salty hurts children’s kidney, I absolutely ensure good flavor, buying here: https://lesgarden.com/salted-roasted-cashew-nuts-with-testa-skin-best-seller/)

Cashew nut is rich of nutrition, mineral and calcium, so parents can add cashew nut to children’s diet when they are anorexic, which can help your children avoid malnutrition, rickets, calcium deficiency, teeth and bone grow strongly. However, children should note that eating a little bit a time, everyday 1 time and less than 15-20 nuts is great, or 3 times a week is enough, they shouldn’t eat too much, because eating like this only bring disadvantage to children’s bodies.

However, I still advise pregnant woman should eat in moderation because of some reasons below:

Because eating in moderation will help pregnant woman avoid diabetes (in fact, eating cashew nut is good, because it help to protect effectively to diabetes) I only wonder you addicted tea, it’s so bad if you drink many cup of tea everyday. If pregnant woman are diabetes, child will be high risk of diabetes, even child will be high risk of heart disease.

Keeping fit for mother, fetus will fully growth, pregnant woman will not get difficult in birth. (I have a lot of experience about that, when I was pregnant, I ate very regular, did exercise very regular, so I easily gave to birth baby. From birth sign appeared until gave to birth for 4 hours, it’s so quick and less painful.

How to eat: it’s so good that pregnant woman can eat cashew nut everyday, which is benefit to provide more nutrition for fetus. It’s great for pregnant woman to eat 50gr – 10gr cashew nut everyday (equivalent 35 -65 nuts). If eating more, you should only 2 – 3 times a week, because your digestive will be bad and flatulence when you eat too much. Flatulence is the most status I hate. Because when I was pregnancy, I felt hard to breathe, the flatulence made me more tired. In case you eat almond, walnut, macadamia, you remember that is suitable sum of content for a day is 100gr. It’s so bad if you eat every kind of nut with 100gr. It not only wastes money, but also hurts your digestive. If you eat too much like that, your body cannot absorb, even you will be digestive disorders.

You should choose SALT ROASTED CASHEW NUT WITH SKIN, because this type is full of vitamin, mineral and delicious too.

If you make cashew nut milk, you should make with as same content as roasted cashew nut. It’s not different. 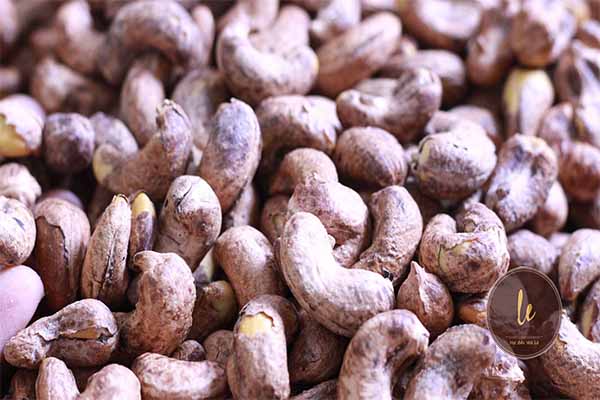 Because of health, exerciser’s diet is said that free, which don’t need any rule. For example, doctor advises a person should eat only 3 – 4 eggs a week, body builder can eat comfortably how much eggs he wants. I am a body builder, and I eat egg everyday which is all right. I am lazy to cook for breakfast, so I think eggs is simple, fast and easy to have more time to do exercise.

However, for balanced diet and make more fun from eating, you should eat variety of food to feel happier. I am a bodybuilder. My variety diet helps me more optimistic. 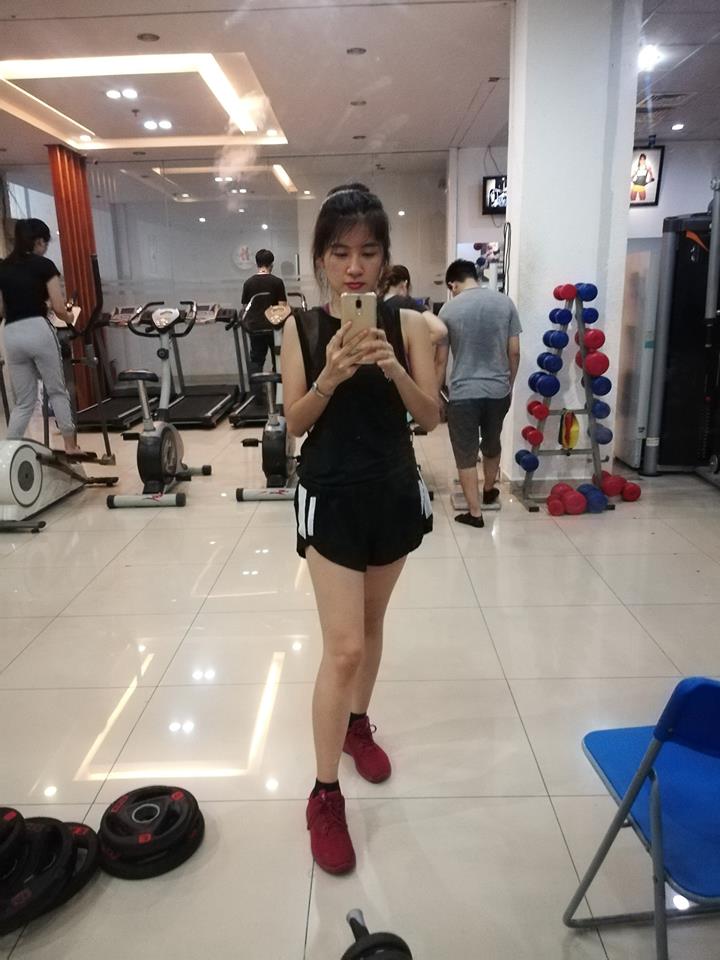 With someone doesn’t do exercise, you should eat 50gr cashew nut for a time and one time for a day, or you can eat 3 times for a week to prevent from disease, which is enough for you, shouldn’t eat hole a big package with a kilogram.

Two objects don’t need to eat too much, I suggest elder to eat only 50gr equivalent 30 nuts that it’s enough content for you. You can eat time everyday, everytime eating from 30 to 35 nuts, everytime 50gr to 70gr is great. However, you absolubely don’t eat more, because elder’s digestive is very weak, if you eat too much, you will be digestive disorders. The sugar blood index is very high with diabetes, because they are shortage insullin in their blood, so eating cashew nut helps to balance sugar blood index and make heart system is better (you can read cashew nut is good for diabetes patients here)

With elder, eating has to be more careful and more important than children, because elder need to eat for health but like children need to eat for growth. A balanced diet – yang and ying are balanced will help elder health is better, especially nutritious diet which is full vegetable and whole grains.

Therefore, experts of nutritious diet suggest us to eat whole grains instead of ground cereal. It’s better for health if you can eat whole skin of some fruits as apple, pear, guava... and eat whole leaves, flesh as radish, carrot... The most important of this diet is eating whole grains (only peel outside hard skin) replace for white bread, white rice, noodle, instant noodles, candy, cake, canned food... This industrial foods are contain dangerous chemical and remove flesh and skin of grains.

Grains for elder are: ROASTED UNSALT CASHEW NUT, this type cashew nut is produced for diabetes patient and elder, because it doesn’t contain salt, and with elder, limiting salt is important in maintain blood pressure.

Normally, cashew nut is produced by my company is very natural and it doesn’t contain chemical or any chemial food preservative, it is 100% natural cashew nut. Because my cashew nut is exported to many countries and territories, it passed many censorship before it is brought to customers, so please beleiving me, I always respect nutritious diet and Eastern eating philosophy when I make a product for diabetes patient and elder.

Some notes in eating cashew nut:

However, I suggest you shouldn’t eat skin of cashew nut, skin doesn’t contain any nutrious but it make you are flatulence.

- Not to eat cashew nut in the evening: Cashew nut is full of nutrious as calcium, protein, you should eat cashew nut before 6 pm, if you eat cashew nut after 6pm, you will be flatulence because your body can not digest complicated nutrition. I think someone want to weight loss, you eat cashew nut repalce for main meal or having lunch is the best suitable, because cashew nut helps you feel full longer, quickly stop to appetite, that’s why people always use CASHEW NUT FOR WEIGHT LOSS.

THAT’S ALL SOMETHING TO NOTE, I HOPE WHEN YOU READ THIS ARTICLE, YOU CONSIDER IT IS ADVANTAGEOUS AND BUY CASHEW NUT TO SUPPORT ME, LOVE YOU.

PRODUCTS FROM OUR GARDEN